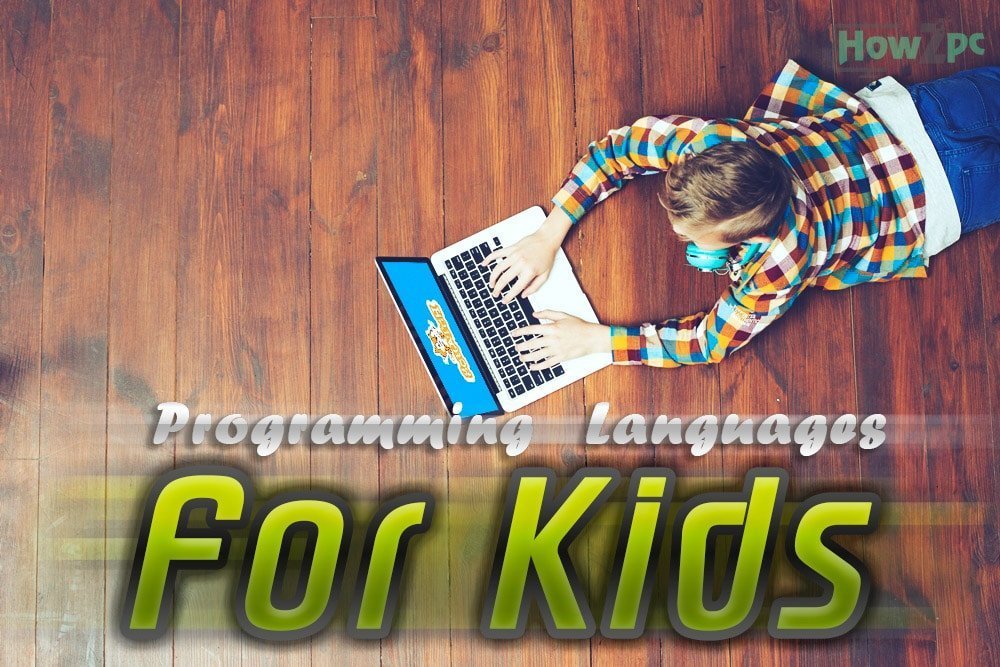 Software development and coding is a skill that develops and enhances the learning potential and improves analytical reasoning skills in not only adults, but kids as well. It has been proven through research that Kids who are more into complex problem solving and coding develop as adults with better reasoning skills. Not only that, they get an ability to find solutions in difficult problems, which is a skill much required today.

As a parent, it is your duty to help them develop these complex skills through Kids Coding Languages. We have carefully curated the best list of programming languages to teach kids how to code. Without further ado, let’s dive in!

Scratch is a programming language especially created to attract kids and to inspire them take up the coding challenge. The kids’ friendly interface, colorful texts and images and overall language and tone used in the programming language makes it much easier for young learners to grasp the concepts and create amazing games and animations that they can show off to their friends later on. The simple user interface enables the kids to find motivation to learn more about coding.

Since there are a lot of options to create android apps, Swift programming language comes out as a winner for creating user-friendly app for iOs apps. If your child has just been introduced to programming and wants to get a basic grip on programming concepts before they fully dive into it, Swift Playgrounds is a great option since the app does not use interlocking block interface and also does not need any coding experience. This is merely for the beginners who want to develop interest and know how things work in programming and coding.

If you want your child to get a step ahead and create something authentic, Unity is the best option for you. This coding language is advanced, but not too advanced that an intelligent, gifted child won’t be able to handle. If your child likes to use his brain a lot, you can help him run his brain-motor by making him learn this programming language for kids. Unity supports 3D objects customization, quality games and it even supports Windows Desktop applications. So if you are looking to not only enhance your child’s programming skills, but also challenge his brain into creating something wonderful, this is the right choice for you.

Alice is mainly created to communicate the basic concepts of advanced level programming languages. These languages include C++ and Java. This coding language can be useful in creating games, 3D models and even animations.

Lua is an extremely easy coding language, created specifically for children who want to create their own applications. Even though the language is comparatively easier, it still produces amazing apps that have their own efficiency and charm. What makes Lua a perfect coding language for kids, is its ability to detect programming errors and alert the programmer about them. This way, the kids do not get demotivated when their program doesn’t run, they can simply improve their code and create an even better program to get a sense of fulfillment that would raise their confidence levels.

If you talk about Java alone, it is not an easy programming language to learn. However, in Minecraft, Kids can learn a lot and create an authentic experience for kids by helping them solve various complex problems. Through the apps various customizable features, the kids can choose the difficulty level and create impossible gaming scenarios that would blossom their minds into becoming an adult who won’t be scared to face any challenge in life with their incredible problem solving skills, thanks to the programming languages they have learned.

Blockly helps kids master coding by providing them a base to work on through visual block programming language. However, the best part about Blockly is that it also has a JavaScript library which means that your kid will get to learn basics of JavaScript, and will be able to create something of his own by getting inspiration from it. it provides ample space to write and develop a code for game or any kind of animation. It even has pre-written set of codes for kids to play around with.

Blockly is so advanced that your child can even develop his own android app after getting a good grip on it. Now who wouldn’t want their child to progress that rapidly at a young age?

Tynker helps develop your kids’ creativity by helping them build apps and games and even design and control robots and drones through the programming scripts. It offers different versions for different age groups such as the beginner level for ages 4-7 that has voice instructions, a little advanced level for ages 7-13 that includes drag and drop coding and then a super-advanced version for ages 13 and over to teach complete data structures.

Editor’s Pick: How to use Chrome Cleanup Tool

Lego Mindstorms is a great option to help your child dive into the world of robotics. The Lego Mindstorms not only is a programming language, but also has a huge community of people who come together to support each other in their journey of building and scripting codes. The programming language does require a premium lego mindstreams kit to curate programming codes, but the end result of the app created after extreme manipulation of code make it all worth it.

Ruby is another programming language that uses complex syntax using a particular concept. The concepts are primarily suited to Ruby and the code is created manually. This challenges the intellect of the kid into creating something extra-ordinary, and is extremely worthwhile if your kid has plans to pursue coding as a professional.

If you have a child who wants to learn coding, or if you are a teacher who wants to develop your student’s intellect and wits through programming, you can choose from the above list of Kids coding languages and help your kids construct something valuable, and have an experience that they will remember for years to come.

How to Uninstall Chromium

Can You Use PayPal on Amazon?

James Gullett - Modified date: September 19, 2019 0
Best Terraria Mods Below you'll find the list of must have Terraria mods. Well, first of all, let me tell you what type of game, Terraria...

What Does WYD Mean? And How To Use It

How to Delete or Disable Google Chrome Plugins

What Does YH Mean? And How You Should Use It

How2pc is a reputable tech site with a strong focus on technology tutorials, how-to, tips and tricks, solutions and fixes. Our motto is “to know the unknown, to see the unseen and to discover the undiscovered“.
© Copyright 2018 - 2020 - How2PC.com
This website uses cookies to ensure you get the best experience on our website.Learn more ACCEPT!
Privacy & Cookies Policy

Any cookies that may not be particularly necessary for the website to function and is used specifically to collect user personal data via analytics, ads, other embedded contents are termed as non-necessary cookies. It is mandatory to procure user consent prior to running these cookies on your website.