9 Outdated Design Beliefs You Should Forget

Whether you’re only learning to become a designer or have already landed your first job in the field, there’s a good chance what you’ve learned is already outdated. And if you struggle to have your designs accepted by your employer or clients, that might be the reason why.

So, let’s reexamine your design beliefs together. Here’s a simple test: if you recognize yourself in one of these nine beliefs, that’s a clear sign you should drop it.

1. Fonts Like Times New Roman or Papyrus Are ‘Cool’

There are two categories of outdated fonts. The first one encompasses fonts that are goofy, cartoonish, and/or too elaborate. They can be used only ironically since they give off that “1990s-2000s design” vibe. Here are some examples of such fonts:

The second category includes serif fonts like Times New Roman. (Serifs are those small lines attached to letters.) They’re not “uncool” inherently – they can still come in handy in print and used tastefully for some headings or titles.

But sans-serif fonts have surely overtaken the design world. So, opt for them by default – and weigh well whether a serif font is worth using here or there.

If you ever want to land a job in web design, don’t put Adobe Flash on your list of skills. You probably had to learn about it if you had studied web design several years ago. But as of today, Adobe Flash is officially dead: Adobe announced Flash Player’s end of life at the end of 2020.

Originally, Flash was indeed revolutionary. It allowed you to create websites with animations and interactive content. Yet, HTML5 bested it.

That’s because the Flash technology couldn’t keep up with the internet’s progress. For example, it wasn’t supported on mobile devices. Plus, it was a goldmine of security flaws, and it slowed down page loading. So, it’s for the better that Flash is dead.

Whether you’re creating buttons, icons, or illustrations, there are so many effects that you can add to them. You may even think they make your elements more realistic or good-looking. But if the effects in question are gloss, bevel, or emboss, that’s not been the case since the 2010s.

But those aren’t the only effects that you should avoid. Drop shadow has also fallen out of grace, for the most part. (You can still use the hard shadow or a very subtle one, though.) The same goes for most texture fills, too.

In this regard, flat design is the king now. If one needed to describe it in three words, it’s minimalistic, symmetrical, and simple. In other words, there are no effects like bevel or emboss no gradients and no textures.

If you’re only breaking into the web design industry, stock photos and illustrations are probably the only way you can get your hands on visuals. After all, a custom photo shoot can cost a small fortune; the same goes for illustrations.

But be careful when scouting for visuals. Stock photography platforms like Shutterstock and Adobe Stock are full of those unauthentic photos that are too cringe-worthy for a modern-day internet user. They practically scream “fake”.

That said, not all stock visuals are prone to it. You can still find authentic-looking ones. The only thing is, you’ll have to spend some time searching for them.

Don’t get this wrong: when used tastefully, cursive fonts can add that often-needed pizzazz to your work. But if you use a cursive font for anything more than highlighting a piece of text, that’s a habit you should drop.

The thing is, a paragraph of text in cursive will be a lot harder to read than if it were in sans-serif. And if people find something too time-consuming, they’ll just gloss over it and move to another one, especially if you’re designing online visuals.

6. The More Fonts & Colors You Use, the Better

Whether you design your first logos, websites, or social media visuals, you might be tempted to think that more is better. Well, that doesn’t hold true anymore. Both online and in print, simpler designs are more efficient at communicating a message to a target audience.

This goes not just for the amount of detail in your creations (but more on that later). If you have more than 2-3 fonts in your design, that’s too much. The same goes for colors. Opt for one primary color and one or two secondary colors, not more.

Also, remember to be consistent throughout your creations. If you’re creating a website, use the same fonts for headings and body text on all the pages. Don’t switch your primary color, either – stick to the defined color palette.

7. Complexity & Detailing Is the Way to Go

Speaking of details. If you look at the evolution of any logo, you’ll notice a trend: some twenty years ago, logos tended to be more detailed and complex. Today, they’re simplified – and most follow the flat design principles.

If you want to see this evolution in action, just google the logos for Shell, Firefox, McDonald’s, Coca-Cola, or Renault. You’ll notice the shift to a clean, straightforward, more refined style.

But this applies not only to logos. Whatever you’re working on – a website illustration, a billboard ad, or mobile app icons – the new rule of the land is “more is less.” So, don’t forget to look at your drafts and ask yourself, “Can I make it simpler than it is now?”

8. You Have to Use All the Space You See

When you look at your canvas, be it in Illustrator, Photoshop, or Figma, you want the content to take over every inch of its space. Sounds familiar? If it does, that’s a problem.

Your design has to have enough white space to be easy to comprehend for the target audience, no matter the medium. This means having margins and adding padding for every element on your canvas. Don’t hesitate to leave some empty space – that’s exactly what any work needs.

Let’s imagine you’re creating a website mockup. You want to make it look fresh, so you mix up all the elements and put them in unexpected places with no order, alignment, or centering. Few have done it, right? So, it must look revolutionary!

In reality, this disorder will only irritate users. Their eyes will dart over the screen, trying to figure out the visual’s logic and which information is where. That’s simply too time-consuming and energy-demanding.

So, don’t neglect the basic alignment and structuring principles. They may seem too stale to you, but they make your works (websites, posters, handouts, etc.) easy to comprehend. And that’s the point of any design: communication made easy.

Here are the nine former design trends that are no longer trending. But it’s still crucial to know about them. After all, knowing what not to do is often as helpful as what to do, especially in such a creative field.

So, remove these from your rulebook – but keep them in mind, nonetheless. Otherwise, you won’t be able to create visuals that work for the target audience and your clients. (And you’ll struggle to make a living out of it, too.) 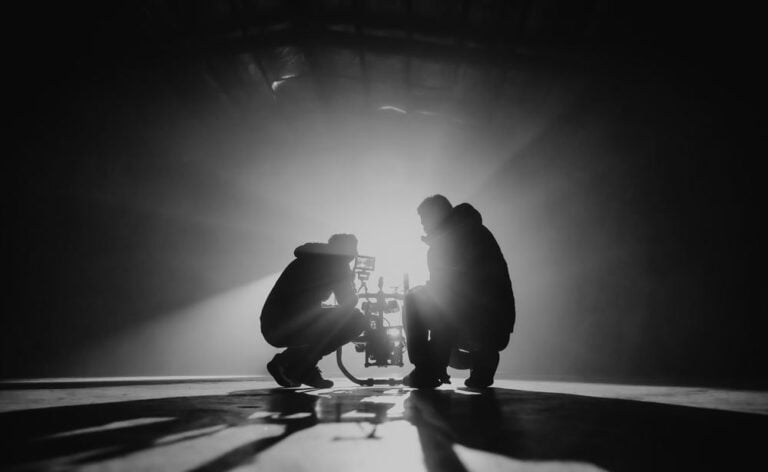